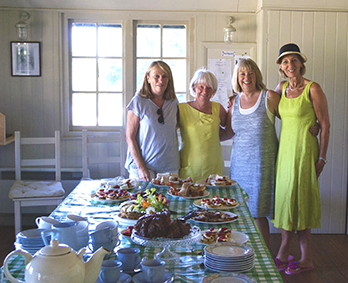 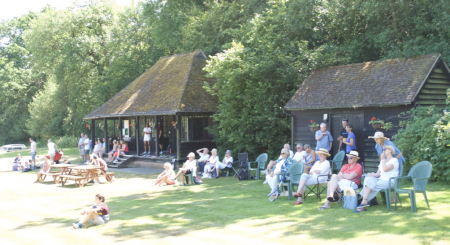 Steep Lawn Tennis club held the finals of its annual club championship tournament on Saturday 30th June.    The tournament was the culmination of three months of knock out contests.   In all over 60 members competed for a place in the finals.

On the day there was intense but friendly competition for the winners’ trophies; the men’s singles being won by Matt Fernandez, the men’s doubles by Barry Carter and Philippe Mougin, the mixed doubles by Natasha Harris and Jonathan Graham and the ladies’ singles by Cath Lowe. The ladies’ doubles was won by default by Christine Lally and Carol Norris due to their opponents withdrawing through injury.

Spectators were treated to exciting tennis complemented by a sumptuous traditional English tea with homemade cakes and Pimms.   The glorious weather and idyllic setting completed a perfect day.

Christine Lally and Carol Norris won against Ann Saunders and Jeannie Crook by a walkover.

How Steep LTC members can Opt-In to the Wimbledon Ballot